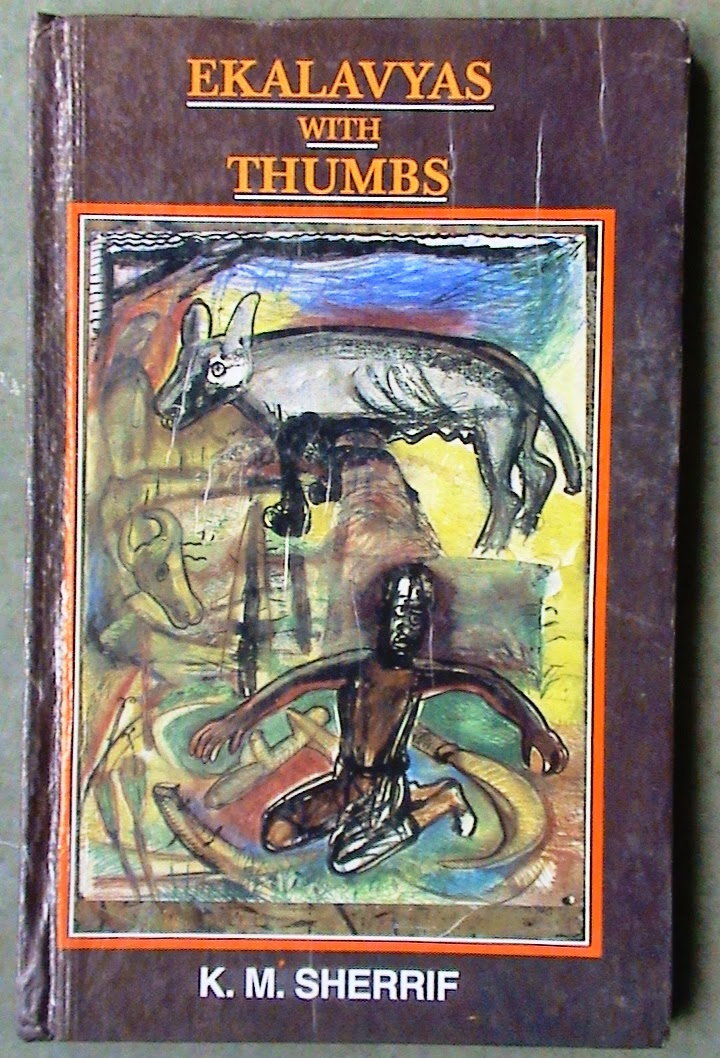 K. M. sheriff, who won the katha Award for translation in 1993, translates among Malyalam, Gujarati and English. In 1999 his translations of Gujarati dalit poems were published in a book ‘Eklavyas with thumbs.’ It was first of its kind in Gujarati dalit literature. The book represented well known dalit poets like Mangal Rathod, Neerav Patel, Kisan Sosa, Shankar Painter, Pravin Gadhvi, Jayant Parmar, etc.

The year 1981 was the year of great turmoil. Gujarat witnessed anti-reservation movement. RSS and BJP workers were behind the movement. Dalit poets of Gujarat fought against these fascist forces. Dalit poem was the most powerful literary expression of those days. ‘Eklavya with thumbs’ reminds us the unfulfilled struggle against in-just order.