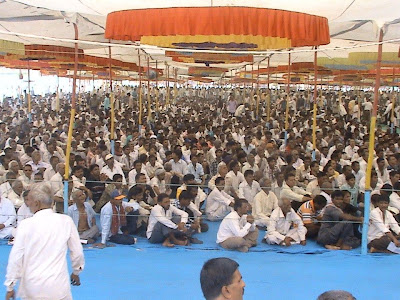 We promised Thangadh victims on 2 October, 2012 that we take legal action against the murderous police. We have taken one step in this direction. Today Hon’ble Judge Thaker ordered to issue notices to DG and chief secretary of state and asked them to file affidavit in Thangadh Dalit killings. Amarsi Lakhabhai Sumara, father of Prakash, moved High Court on non-arrest of accused police cops. Our advocates are Dr. Mukul sinha and Mr. Iyer.

SYNOPSIS AND LIST OF EVENTS
The present petition is directed against total inaction on the part of the police authority in arresting the accused Shri K.P. Jadeja, PSI and other accused despite order for issuance of warrant u/s 70 of Cr.P.C. passed by the Judicial Magistrate First Class, Chotila on 6-11-2012. In respectful submission of the petitioner, the police officers are trying to shield the accused who happens to be the Police Sub Inspector who killed the petitioner’s son in cold blood.

Prayer
(A)Directing the investigation of the offense registered by Thangadh Police Station under CR No. 71 (Annexure-C) dated 26-9-2012 and others to be transferred to CBI and all further steps be taken by CBI.
(B)Alternatively, the Hon’ble Court be pleased to constitute a Special Investigation Team (SIT) in which one member should the police officer should be appointed with consent of the petitioner.
(C)Pending admission and final disposal of this petition, the Hon’ble Court be pleased to direct the police to forthwith file application u/s 82 and 83 of Cr.P.C. and proceed with attachment of property of all the accused policemen and also take steps for arresting them and producing them before the court of justice.
(D)Any other relief deemed fit to meet the ends of justice may kindly be granted.