We, gullible guys of Gujarat 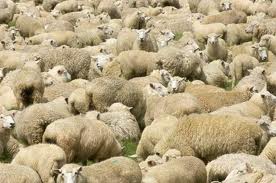 We used to worship Dalits of Maharashtra. The pious land of Maharashtra, where Shahu Maharaj, Jotiba Fule were born and where Dr. Babasaheb Ambedkar galvanised the meek to inherit the earth. Any body coming from Maharashtra, used to tell us stories of the Master. We used to offer them chair and chose to sit on the ground. We considered them as Babasaheb.

We were quite stupid. They used to make us realise our limitations. Our forefathers showed black flags to Babasaheb. They were foolish. We are foolish. And that is the reason why we have been following Maharashtra. RPI was formed there, we have also formed RPI in Gujarat. When Dalit panther was launched, we were also started roaring. RPI was divided in two parts there, we also made two parts here. What ever parts were made of RPI, we had done the same here. Then, Mass movement branched out of Dalit panther, we opened its branch here. On arrival of a Kavade Sir, we also tasted juice of Dalit-Muslim Suraksha mahasangh. Any Borkar came, we became his ‘naukar’.

We never thought that our Bade Bhai Log from Maharashtra are very intelligent, but are arrogant, haughty and high brow. They are neither united nor do they unite us.  They at the most may teach us to speak, Jay Bheem, Jay Bheem. But, we can’t seriously challenge bastard rulers of this country. We, gullible guys of Gujarat, still, are not realising this. We, still, respect Dalits of Maharashtra. Jay Bheem. Jay Maharashtra. Jay Gujarat.
Posted by rajesh solanki (raju) at 8:46 AM