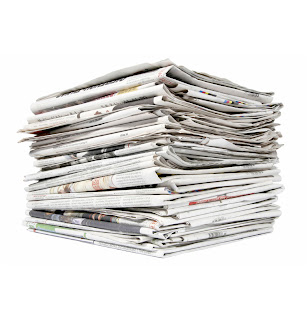 Due to age-old varna vyavastha there is a strong bias against SCs, STs, OBCs, minorities in our society. This bias is reflected in our education system, too. We have also seen anti-reservation agitations against these weaker sections. This attitude is severely affecting prospects of children of marginalized sections. It is a challenge against their right to development. The case filed by Rajesh Solanki, Secretary, Dalit Hak Rakshak Manch (DHRM), against an influential editor of a prominent Gujarati daily has important significance in this regard.
Editor of Disha-based ‘Rakhewal’ daily was arrested under Atrocity Act and put behind bars at least for a day and night. This is the first incident in Gujarat and perhaps in entire country in which a media person is implicated under Atrocity Act for his distorted, derogatory and casteist writing. Though court has given him bail, the message is clear for media fraternity. Stop writing casteist, malicious articles or face judicial actions.
Here is the paragraph of the controversial article which was published in ‘Rakhewal’ daily and for which its editor is being prosecuted:
‘In ancient times parents used to send their children to hear lectures of saints to provide them good company. Children were admitted to forest-school (tapovan) for education. In forest-school virtuous rishi munis shaped their characters. Children, who could not attend forest-school, would learn in village schools, where they were taught lessons of good behavior (sadachar) along with education. In modern times children go to schools, where they come in to contact of children of ’inferior caste’ (हलका वर्ण) and learn bad manners. In present day schools children who inherit bad manners (खराब संस्कार) also come to school with sons of ’reputed families’ (खानदान कुल). They definitely spoil sons of reputed families. In past, only Brahmins were chosen as teachers in pathshalals. Now-a-days, even people of ’backward caste’ (पछात वर्ण) become teachers by getting benefits of reservation. These teachers can not teach good behaviours (अच्छे संस्कार) to children.’
Events
19/12/2008
The said article was published in Rakhewal, a local   daily having significant readership in D. Banaskantha.
17/09/2009
A case was filed against editor, printer, publisher and owner of Rakhewal daily, Mr. Tarun Amrutlal Sheth  by  Secretary, DHRM in Chief Metropolitan Magistrate’s court no. 2 under section 7 (1) (C) of Civil Rights Protection Act, 1955, sections 3 (1) (9) and 3 (1) (10) of Scheduled castes Scheduled Tribes (Prevention of Atrocity) Act and Sections 153 (A), 500 and 505 (1) (G) of IPC.
Hon’ble CMM held the said offense as of ‘serious nature’ and ordered to send the complaint to Shahibaug Police Station for investigation under section 156 (3) OF IPC and also ordered PI, Shahibaug to submit the report of investigation. Advocate Mr. Hirabhai Solanki appeared for DHRM.
06/11/2009
As the matter was not under its jurisdiction, Shahibaug Police Station transferred the complaint to Madhupura Police Station.
08/11/2009
FIR was filed in Madhupura Police Station.
04/09/2010
CMM directed ACP, SC-ST Cell, Karanj for further investigation on the basis of a written complaint by advocate of DHRM. It was ordered to submit a report within 60 days.
10/12/2010
The accused moved Gujarat High Court to quash said complaint under section 482 of IPC. Court gave oral order to dispose the case ‘expeditiously’
21/12/2010
As the matter was deferred to hear bail application, accused Tarun Sheth was sent to Sabarmati jail.
22/12/2010
Court gave bail to the accused.
24/12/2010
DHRM sent application to 1) Director General of Police and Chief Police Officer, 2) ACP, SC/ST Cell, Karanj and 3) PI, Madhupura Police Station demanding to include one Mr. Sanjay Vora (alias columnist Suparshwa Mehta of Gujarat Samachar) as co-accused, whose name has been appeared in bail application of Mr. Tarun Sheth. In the bail application Tarun had confessed that Sanjay Vora had given him that poem (!) to print in his daily!!
Posted by rajesh solanki (raju) at 8:35 PM